This Loaded Mashed Potato Casserole is stuffed with mashed potatoes, gooey cheddar cheese, crisp bacon, and topped with zesty green onions. It’s a side dish you can’t go wrong with and is fabulous on Thanksgiving or Football Sunday. 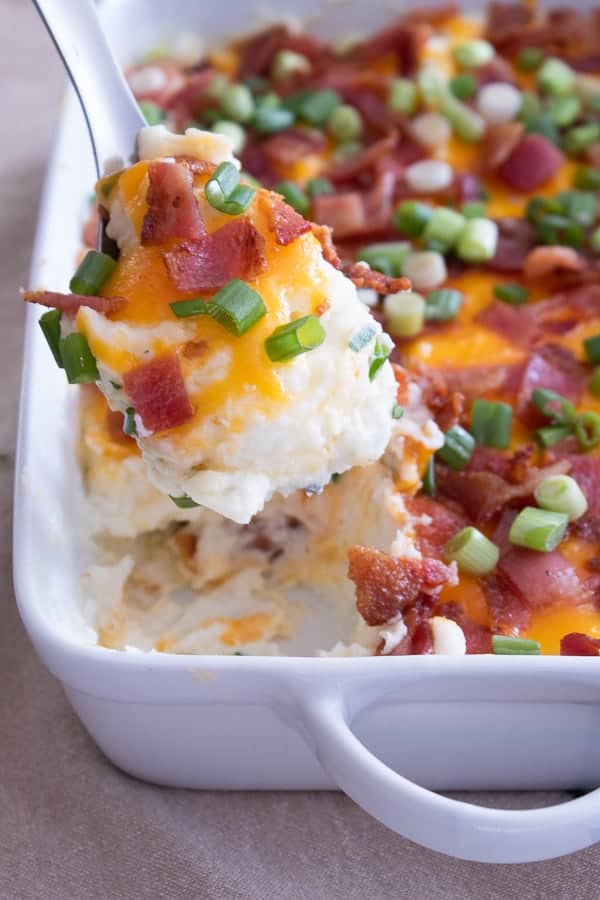 Start off by using our Whipped Potato Recipe. A few potatoes, some butter, heavy whipping cream and sour cream make for a delicious mashed potato base.

We really like using this recipe for the base of this dish because the light, whipped potatoes pair really well with the heavier toppings (cheddar, bacon and green onions). 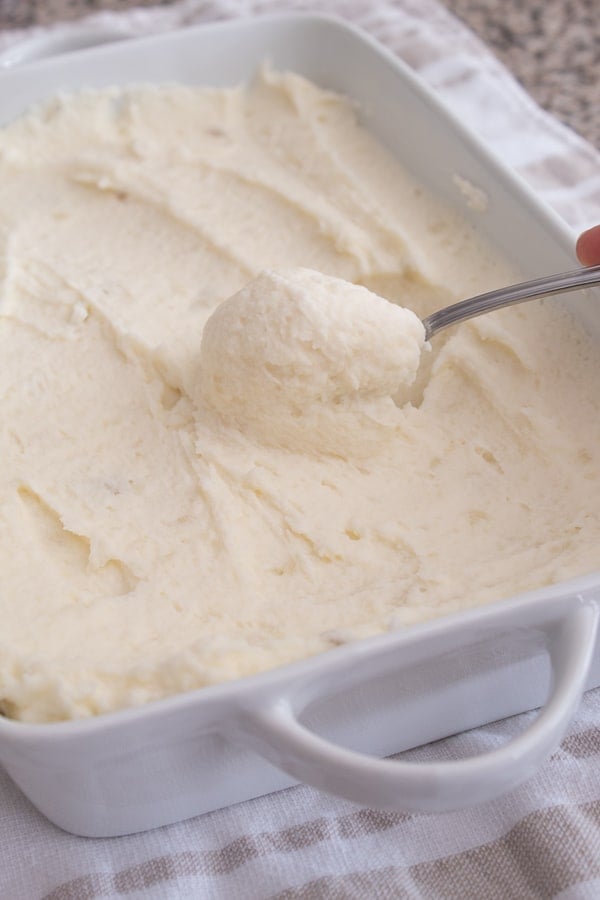 Complete the recipe but do not bake.  Cover and store in the refrigerator.  When ready to bake let it warm up on the counter for about 15 minutes.  This will help it cook faster and more evenly. 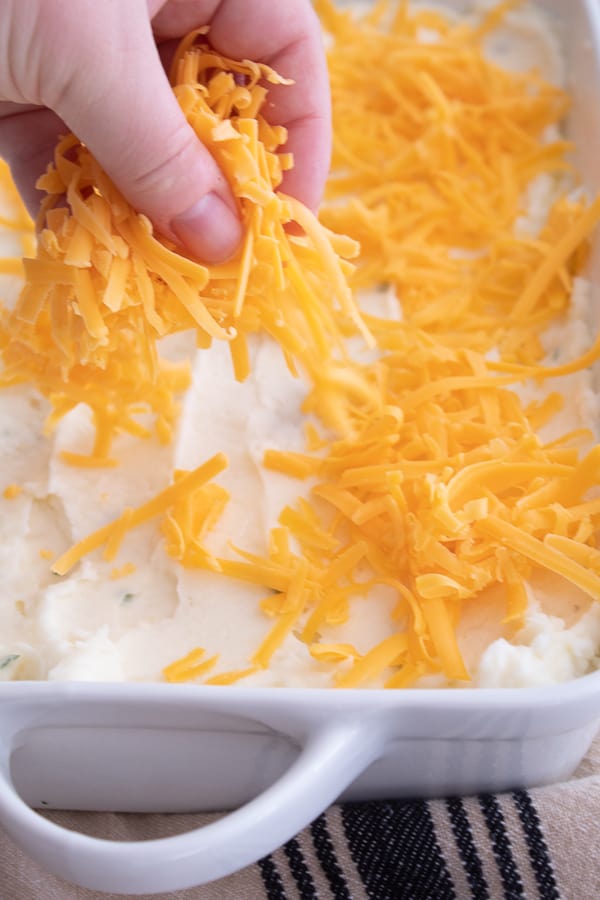 After making the whipped potato base, I add a layer of shredded cheddar cheese. I like to use sharp cheddar, and I shred my own. PRO TIP:  Pre-shredded cheese has a layer of this stuff on it that helps it not clump, and in return, it doesn’t melt as fast. So…shred your own. It tastes much better!

After adding shredded cheese, add in crispy bacon. I went heavy on the bacon for this recipe- my husband loves it, and I like to use the thick, hearty bacon. I get mine at Stater Brothers but any thick cut bacon would work just fine. 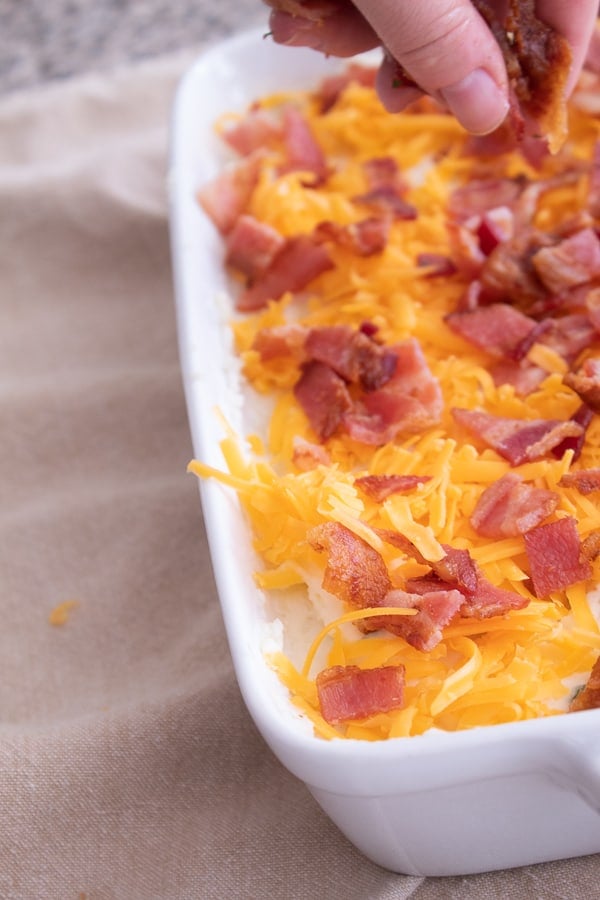 This is a pretty simple dish once you make the mashed potatoes- just add cheese, pre cooked bacon, warm it up to make it melty, then top it with green onions. That’s all you gotta do to load ‘er up. 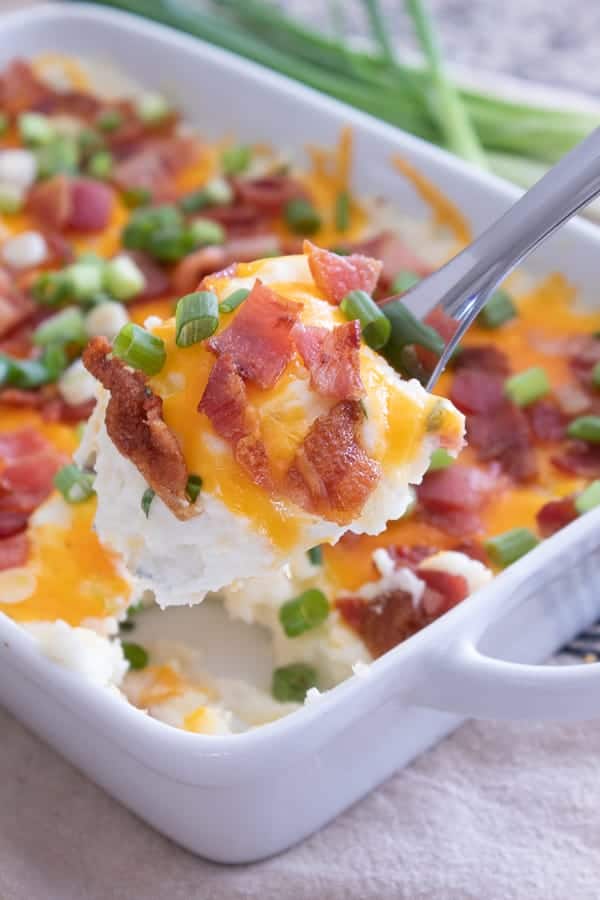 If you are a potato fiend like we are- check out our other favorite potato dishes: 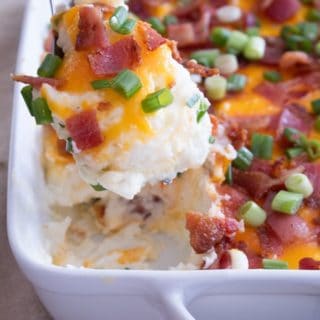 What kind of potatoes should I use? What can I do to lighten up the potatoes? 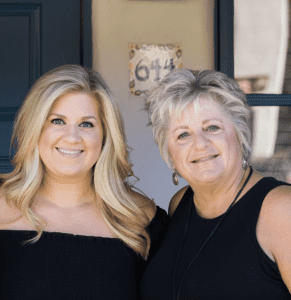 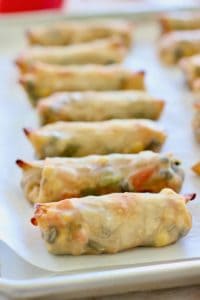 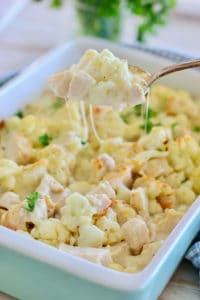 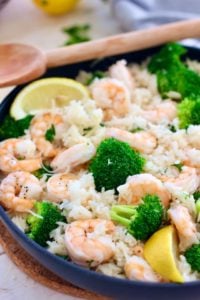 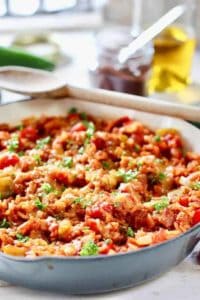